Earl Baltes passed away March 23, 2015. He was born on April 27, 1921 in Ohio. He was proceed to death by his bothers and sisters along with his brother in law. Earl was a well race promoter known for starting the wold famous Eldora Speedway. He also promoted New Bremen Speedway, Limaland Speedway, Millstream Speedway at Findlay, Mansfield Speedway in Mansfield, Dayton Speedway all in Ohio, Pleasant Hill Speedway and Salem Speedway both in Indiana. Earl started some of the highest paying short track races which is The World 100, The Kings Royal, The Dirt Late Model Dream and The Four Crown Nationals. Earl was inducted into many hall of fames including National Sprint Car, National Dirt Late Model, USAC, Dayton Auto Racing Fans, Hoosier Auto Racing Fans and was named USAC Race Organizer of the Year in 1984 and 1997.

In memory of Earl they made  Route 118 “Earl Baltes Highway” from Ansonia to the South and St. Henry to the North. One of his favorite passions was music he had his own orchestra called, The Earl Baltes Orchestra. Earl was a veteran of the US Army having served in the 21st ORD MM CO during WWIl.Earl  survived by the love of his life his wife Berneice Moeller who he married in April 26, 1947.

Some major accomplishments of my project is finding out where we are going to mow, plow, and lay down salt. Since we found out about this I have been relieved because we have been looking for places we can mow to earn money for a fundraiser. When we get our money from our fundraiser we will soon spend it into designing our jumpsuit for firefighters and if we have left over money we will donate it to our local firefighting community. The way I feel about my project is because everything is falling into action with us starting to work on mowing and plowing and getting flyers finished.

My December goals will be getting the flyers finished and getting salt laid out on other peoples drive ways. After we get that done we will get everything we come to a stop till Spring when we start to mow. One holiday that is my favorite is Christmas.  I think Christmas is a wonderful holiday because it gives family that can’t see each other a whole awful lot to see each other for a family eating or opening presents. A few facts about Christmas I found interesting is that the word Noel entered the English language in the late 1300’s and originated from the Latin word “natalis” which stands for “Day of Birth”. Another fact is that the letter X in Xmas is a Greek abbreviation for Christ and I got this information here.

Another holiday that is my favorite is Thanksgiving because it’s a time to give thanks to people you love and care for along with meeting up with people you don’t see often to have one big dinner or lunch. A few facts about Thanksgiving is that Thanksgiving was held in Fall 1621 with 50 Pilgrims and 90 Wampanoag Native Americans and it lasted for three days. Also Thanksgiving didn’t become a holiday until 200 years ago. I got this information from here.

Lastly my favorite holiday is Veterans Day because we all get to thanks and praise our soldiers who are fighting for our freedom, safety, and our lives. Veterans day was established on Nov. 11,1919 to celebrate the end of World War 1 and became a national holiday at the beginning of 1938. Another fact Is that in 1958 President Dwight D. Eisenhower officially changed the name from Armistice Day to Veterans day. I got this information here For my 20% project, my group has decided to make a heat resistant jumpsuit for firefighters. Our idea on how to get money is to mow people’s lawns and plow their driveways this winter.

The way I feel about our project is kinda nervous and exited because I’ve always wanted to help out local firefighters because they risk their lives to save ours and our family’s. Another feeling I have is frustrated because we have so many things and we have so many deadlines and not enough time to get everything done.

Some of my major deadlines for November are getting driveways and yards mowed to gain some money for our project. We also need to get a hold of the people we are asking for the materials from.

Schooling has changed over the years from being racially divided to men and women being separated. Over those years schooling things was tough because men didn’t want women to learn and teacher whipped students with wooden paddles to show discipline to learn more click here. Nowadays schooling is a lot less harsh now kids are disciplined by being sent to the principals, being expelled, suspended, and just clipping down or getting yelled at. Also we are not all separated racily or men and women being separated. Everyone is getting a good education and our grades have been significantly improved from just going up to six or less click here to see more. Have you ever heard of the Dirtrax Dominator if not then look up Scott Blumequist a world famous dirt track racer. Blumequist started racing in 1980 and he still is racing today. Scott has won many races over his career he has over 550 late model racing wins including The 2014 Eldora World 100, The Eldora Dream, and Dirt Track World Championship. To learn more about him go here.

Scott Blumequist has his own chassis and builds late models. Scott races for Lucas Oil and is an American Late model driver. Scott has change his racing number 2 times from 18 to 0 and just goes back and forth with his number. Blumequist is a great racer and has went from being the last car to being the first in the 2014 World 100. He is a very talented driver and I hope he wins the 2018 World 100.

Scott Blumequist hometown is Mooresburg,TN and he was born on November 14, 1963. Blumequist has a a famous quotes which is on all of his mecherndise which is No Weak Links. One of Blumequist sponsors is Hoosier Tires, and Sunoco gas. He got a new blacked out trailer for his late model. That’s all for now just remember No Weak Links.

activity 1: I have found out that Attribution and licences means is one of several public copyright licenses that enable the free distribution of an otherwise copyrighted work. A CC license is used when an author wants to give people the right to share, use, and build upon a work that they have created I found this at https://en.wikipedia.org/wiki/Creative_Commons_license.  This information is helpful to let you know encase you don’t  something is okay to use or not ok to use. The creative commons tools balece the saying ‘all rights reserved’. You want to make sure that you don’t steal other peoples work on anything your writing or typing that is plagiarizing  someones work that they have done not what you have done that includes images, videos, and music. You always want to make sure that you leave a source or the place where you found that image, music peice, or video and your search engine is not a source  like Goggle or Yahoo. You always want to make sure you include the place you found your peice of music, images, or videos so you don’t have to pay a fine or worse. The car flying down the track to reach first, Everyone trying to catch up but to slow the mud staining the side of the car leaving a gas burned smell in the air. The wind and the mud with it hits the helmet on a warm day on the track. You decide the end what happens? 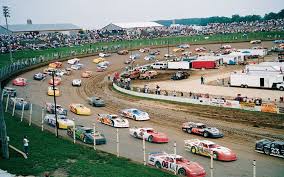 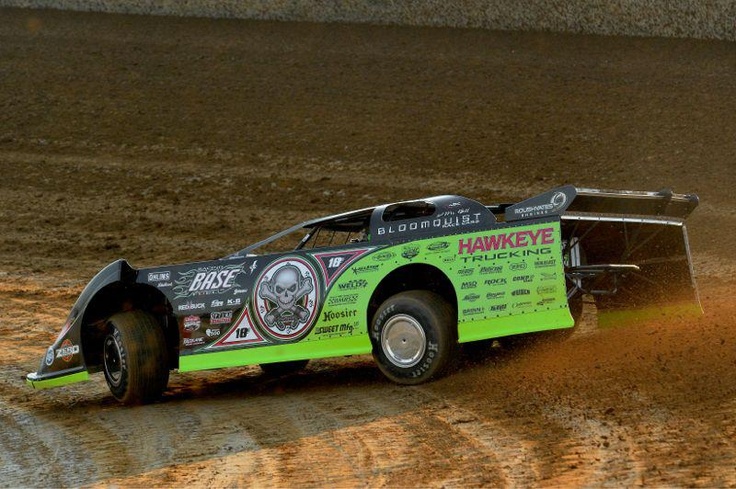 My avatar represents me because my eyes  are wandering and always looking for something to get into. It represents how tall I am and what hair I have. My eyes also express how creative I can be and how trustworthy I can be. It represents my colorful background and life I have.  As some people say the eyes are the window to the soul.   I got my avatar at  Avatar Maker.

My passion is watching dirt track racing. My two favorite tracks are Eldora Speedway, and Florence Speedway. I normally go to tracks with my dad and we camp out in an enclosed trailer on race days/nights.The reason I love Eldora is because its world famous and a lot of big famous racers go to race. I love Florence speedway because its small and your allowed to go up the second fence line to watch the race and because you get caked with mud.I love watching this because the thrill of who is gonna win or lose.The last time I went to a race was at Eldora speedway and I thought  Darrel Lanigan was gonna win but it turns out Jonathan Davenport won  I was wrong and surprised. Another reason I love watching this is because I get to spend time with my dad. My dad works at a fire house 24 hours a day. But every once and a while my dad will take off work and I will leave my moms to go racing. We will stay in our camper which is a enclosed trailer and We’ll watch the races. My dad when he was younger used to work on the Rice Brothers pit crew. He grew up with them and then decided to help him out on his pit crew. Since my dad  did that he now knows a lot about about late model racing. I plan to be a driver in the future so I can get a piece of the action in person.